Changes to the Home Building Act are coming – Act now!

While it is not clear exactly when changes to the Home Building Act (HBA) will be implemented, it is clear that they will have a dramatic effect on the ability of Strata Schemes to pursue claims for rectification of issues with their buildings.

NOTE: The office of fair trading has indicated that the changes will be in force from mid January 2015 NOT 1 December 2014 as originally suggested.

Here are 9 fast facts for you to be aware of:

• These changes affect only new claims after the commencement date (proposed 1 December). Existing claims will continue as per existing.

• The time limitation period to make a new claim may commence from the ‘date of occupation’ or when the occupation certificate is issued.

• The changes apply to all building contracts for residential building works entered into where the HBA applies. It is not limited to just new buildings but also any remedial contracts for work that is covered by the HBA.

• Owners Corporations must notify the builder and developer within 6 months of becoming aware of a defect.

• The definition of what constitutes a “major defect” has changed.

• Apportionment – The tribunal will have greater powers to make an order that a builder carry out rectification work.

It is proposed that the changes may be implemented on 1 December 2014, meaning if the Owners Corporation is a new Strata Scheme that is between 0 and 6 years old of or if you have remedial work contracts covered under the HBA that are between 0-6 years old, and do not have an existing claim lodged then these changes impact directly on you.

If your Strata Scheme is concerned that there may be defects or building issues that fall into any of the above categories we would recommend that you contact your Strata Manager immediately to arrange to seek advice from a legal specialist.

**Please note these are general comments only. For detailed information you should seek the advice of a legal professional 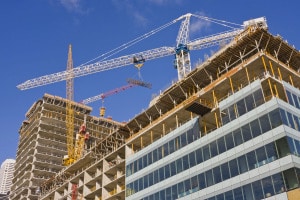