Who Repairs Fences Dividing Neighbours in a Strata Scheme?

Fencing is one of the most common sources of friction between neighbours, and this is just as likely within a strata scheme as it is between house owners.

Issues concerning fencing are governed by the Dividing Fences Act 1991 (NSW), and the first thing to do is establish whether the fence in question falls under the Act’s jurisdiction.

According to Look Up Strata, it’s also important to consider the various definitions of a ‘fence’. The definition of fences under the Act includes any hedge, ditch, structure, embankment or natural water course running along the boundary that separates two stretches of land.

Any wall that is part of a house, garage or other building is not included, neither is a retaining wall defined as a fence – unless it is classed as part of a foundation necessary to support the fence.

So what does this mean in practice? Perhaps your unit is partially separated from the one next door by a brick garage wall. Extending from this wall is a small hedge which runs up to the footpath.

Only the hedge section of this divide would be classified as a fence under the Act. 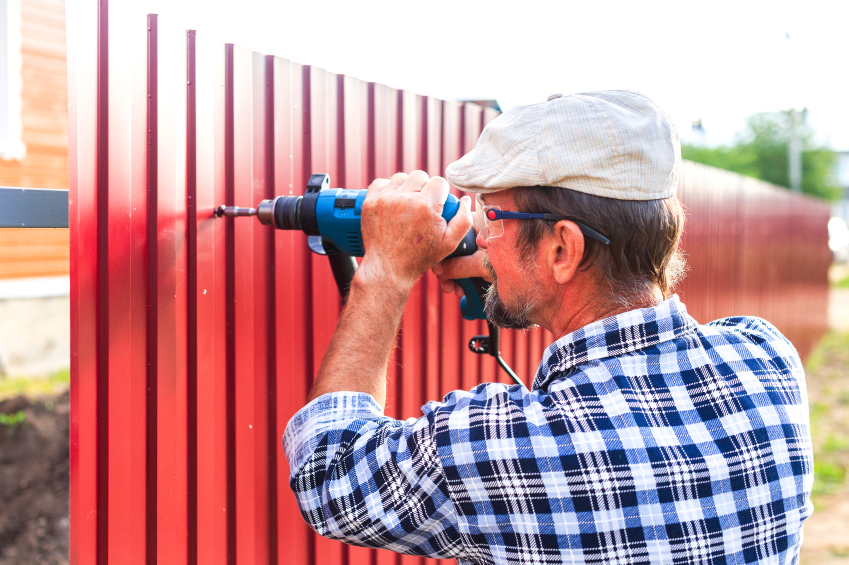 So who is responsible for strata fencing?

The owners corporation or body corporate is responsible for repairing and maintaining the principal fences which divide the communal area from the road and external footpath.

It is left to individual owners, however, to deal with fences running between their lots.

If no sufficient dividing fence exists between lots, the neighbours on each side are jointly and equally responsible for building and maintaining one.

What is the definition of a ‘sufficient dividing fence’? This is not spelled out in the Act. It is up to neighbours to agree on a definition and type of fencing they are both happy with.

If one owner wants a higher, stronger or fancier fence than the agreed basic, it is up to that individual to bear the extra cost incurred.

An Individual owner also takes financial responsibility for any extra trimming or aesthetic pruning of a boundary hedge which goes beyond a reasonable definition of ‘sufficient’ – topiary, for instance!

How various strata fence costs are broken down

Ask your strata management services for access to the scheme’s strata plan.

According to NSW Government Land & Property Information, incorporating a 2011 memorandum covering strata schemes, responsibility for fencing is broken down as follows:

Any fence shown as a thick line on the strata plan is deemed to be a common wall, and therefore the responsibility of the body corporate.

Fencing marked as a thin or dotted line on the strata plan – or not marked at all – is the responsibility of individual owners and neighbours as laid down in the Dividing Fences Act.

The owner’s financial responsibility is broken down accordingly:

Discuss any issues with your strata title management and always keep a calm head when sorting out fencing issues.

"We are fortunate in having Jamesons as our Managing Agents. Their conservative approach to our financial requirements has been of great assistance in handling all the projects (referring to major remedial works). They have done an outstanding job in running our Strata so efficiently."